To be or not to be: An organoid

What exactly is an organoid? Are there different types, and if so, what should they be called? A group of experts from around the world, headed by scientists from Utrecht University and Erasmus MC, now published the first consensus on what is – and what is not – an organoid.

Mini-organs or organoids play a big role in the future of medicine. Their countless applications can help develop and implement tailored therapies for each patient. The revolutionary development of organoids started in Utrecht with a group of curious scientists. But when organoid research started booming, confusion arose. What exactly is an organoid? Are there different types, and if so, what should they be called? A group of experts from around the world now publishes the first consensus on what is – and what is not – an organoid. Bart Spee, Associate Professor at Utrecht University’s faculty of Veterinary Medicine, is one of the initiators of the publication in Cell Stem Cell on May 6th. “Now that research into organoids is increasing, it is very important to have a clear definition and a coherent system to describe these cell structures. In the past, easy-to-grow cell lines have been put together in 3D and the resulting cell cluster was named an organoid. But according to our definition, it is not. Because such a cell line is not representative of all the differences between individuals that you also see in nature.” 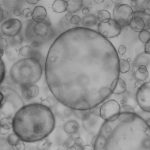 According to the new definition, an organoid must consist of primary cells which have been isolated from diseased or healthy tissues, for example, cancer cells from tumors. This provides a good representation of all the natural differences between individuals and allows researchers to investigate whether certain therapies work for specific patient groups. That is simply not possible with standard cell lines. These are perfectly suitable for fundamental studies, but clinical applications ask for representative cell lines based on primary cells.

In the new system, different types of organoids are classified into one of three categories depending on defining characteristics. Spee explains: “Now you might hear things like ‘a liver organoid’, but the liver consists of several important cell types such as hepatocytes and bile duct cells (cholangiocytes). Therefore, it is important that researchers are specific when describing the organoid system they are culturing.”

“Because new types of organoids will follow in the future, we have made our system future proof”, says Luc van der Laan, Professor of Liver Regenerative Medicine at Erasmus MC. “And now that the first clinical application trials using organoids for organ repair are making their entrance, it is important to define precisely which organoid types are being used. Therefore, we developed a number of criteria to characterize future organoids. Our definition is based on organoids of cells of the liver, pancreas and bile ducts, but it is applicable to all tissues, so also organoids of cells of for example the gut, brain, or skin.”

How do you reach consensus on a definition in such a dynamic field? The team sent the vast majority of scientists who ever published on organoids a list of open questions about the definition, on basis of which they could further refine it. “The 85% response rate shows that the hundred scientists involved also recognized the urgency of a good definition”, says Spee. “We then spent hundreds of hours on video calls with scientists from all over the world. This method worked very well and can also be used in other scientific fields where consensus must be reached on certain terminology, for example in pathology.” The first authors of the scientific publication are Ary Marsee (Utrecht University) and Floris Roos (Erasmus MC).