Dr. Andries D. van der Meer is a Tenure Track Assistant Professor at the Faculty of Science and Technology of the University of Twente, The Netherlands. His research group works on the development and application of organ-on-chip technology.

From 2013 to 2015, Dr. Van der Meer worked as a Senior Research Fellow at Harvard Medical School and the Wyss Institute for Biologically Inspired Engineering of Harvard University, Cambridge, MA, USA. He actively developed organ-on-chip models of the blood-brain barrier and the alveolus for the Defense Advanced Research Projects Agency (DARPA) Microphysiological Systems program and coordinated a collaborative project between the Wyss Institute organ-on-chip start-up company Emulate, Inc. and Janssen Pharmaceuticals. Before joining Harvard University, he was a Post-Doctoral Fellow at Prof. Albert van den Berg’s BIOS/Lab-on-a-Chip group of the University of Twente, The Netherlands. During that time, he also served as an Assistant Coordinator for the project ‘Beyond Borders: Organs-on-Chips’ of the Dutch Royal Academy (KNAW). This project led to the founding of the Dutch Human Organ and Disease Model Technologies (hDMT) Organ-on-Chip consortium, for which Dr. Van der Meer is his university’s representative. 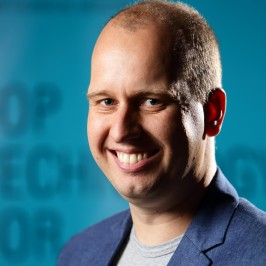