Dr. Ignacio Ochoa obtained his Bachelor degree in Biology and Biochemistry from the University of Navarra in 1999 and 2003 respectively. He completed his Ph.D. in the Department of Histology and Pathology of this same university in 2004. After this stage, he joined the group of Structural Mechanics and Modeling of Materials (GEMM) of the University of Zaragoza to carry out his postdoctoral stay and start up the group’s experimental bio-laboratory. During this period, he studied how the cellular behavior was conditioned by the environment in a micro (microfluidics) and macroscale (tissue engineering). In 2015, he started as assistant professor in the Department of Human Anatomy and Histology at the Faculty of Medicine at the University of Zaragoza. He also belongs to the Applied Mechanics and Bioengineering (AMB) research group of Aragon Institute of Engineering Research (I3A) and the CIBER BBN. He is the principal investigator of the Tissue Microenvironment Lab (TME) of the Health Research Institute Aragón (IIS ARAGON) and coordinator of the program of new technologies and innovation applied to the health of the same institute. Till now, he has published more than 40 articles in indexed international journals, 2 book chapters and 8 patents, 4 of them licensed. In addition, he has been Invited speaker in several national and international meetings and conferences.
He is also co-founder of BEONCHIP SL, a company dedicated to the development and commercialization of microfluidic devices for organ-on-chip applications, and founding partner of EBERS Medical Technology, a company dedicated to the development and commercialization of equipment for tissue engineering. 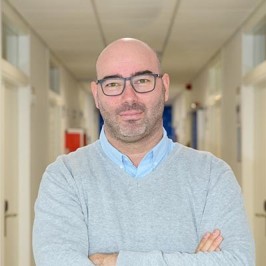