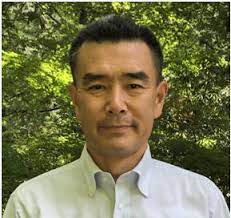 Dr. Shuichi Chiba, DVM, PhD. General Manager, Global Scientific and Regulatory Affairs, San-Ei Gen F.F.I., Inc. Dr. Shuichi Chiba is a toxicologist experienced for more than 30 years in Chugai Pharmaceutical Co., Ltd,
which is the Japanese subsidiary of F. Hoffman la Roche. He has trained and obtained the Master of Science in veterinary pathology in Veterinary School
of Iwate University, Japan in 1987. He has continued the training of toxicologic pathology in Chugai Pharmaceutical Co., Ltd. He has been engaged in the
osteoporosis research as a research fellow in Endocrine Unit, Massachusetts General Hospital/Harvard Medical School from 1992 to 1994. He has received PhD from Doctorial Course of the United Graduate School of Veterinary Sciences at Gifu University.

From 1994 to 2020, he has involved in the various pharmaceutical project as a toxicologist in Chugai Pharmaceutical Co., Ltd. While working for the toxicology programs for new candidate medicines, he has also established the screening assays for cellar toxicity screening, immunogenicity prediction assays for biotherapeutics and cardiovascular assessment as Head of Toxicology. In later years, he has closely collaborated with the Roche’s global safety communities for implementing MPS to Chugai. After his early retirement from Chugai, he has started working for food additive safety in San-Ei Gen F.F.I. Inc., Japanese food additive company since 2021.