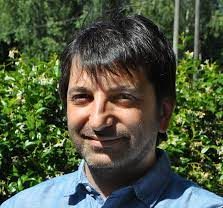 Marco Rasponi joined Politecnico di Milano (PoliMi) as Assistant Professor in October 2015 and got the tenure in 2019. He leads the MiMic (Microfluidics and biomimetic Microsystems) research group and teaches in the graduate program of Bioengineering, at both Master and PhD levels.

After receiving his PhD degree in 2006 on bioMEMS design, he joined the Massachusetts Institute of Technology as a postdoctoral fellow learning the basics of experimental microfluidics. In 2008 thanks to a Fondazione Cariplo research grant, Marco moved back to Italy (PoliMi), where he could start his
independent research on microfabrication and microfluidics applied to cell culture and regenerative medicine.

His main scientific interest is on the development of microfluidic technologies as advanced tools in the fields of cell and tissue bioengineering, with particular focus on microscale 3D cell cultures and organs-on-chip as advanced in vitro patho-physiological models.  In 2011 Marco established the MiMic Lab and in 2017 he co-founded BiomimX as a spin-off of PoliMi, innovative startup company developing beating organs-on-chip.

He is authors of more than 50 articles in peer reviewed international papers, 4 book chapters and 6 patent applications in the fields of microtechnology and microfluidics. Marco will make available his know-how and expertise in the OoC field, from both the academic and entrepreneurial points of view, to the EUROoCS community.