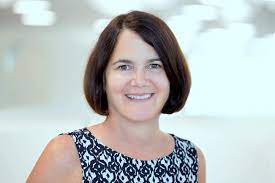 Lisa Benincosa is Global Head of Translational Medicine at Merck KGaA, Darmstadt, Germany. She received her BS degree in Pharmacy (1987)
from West Virginia University and Ph.D. (1993) from the University at Buffalo, State University of New York. In 1992, Lisa joined the Clinical Pharmacokinetic Department at SmithKline

Beecham Pharmaceuticals where she rose to position of Section Head with additional global responsibility for preclinical and clinical PK/PD with focus on infectious disease, respiratory and metabolic diseases.

She has received leadership awards over her career such as Pfizer People Leader Award in 2007, the Tribute to Women & Industry Award in 2012 and Leadership Excellence Award from Roche pRED in 2016. She has been named to the WVU School of Pharmacy inaugural Hall of Fame and honored with the David Chu Lectureship from the University at Buffalo. Over the course of her career in the pharmaceutical industry, she has contributed to preclinical and clinical regulatory filings across various therapeutic areas. She has served as a member of the University at Buffalo School of Pharmacy and Pharmaceutical

She has presented on translational PK/PD in the Clinical Investigator Training Program Harvard Medical School, University at Buffalo Pharmaceutics Symposium and UCSF Schools of Pharmacy and Medicine Symposium and contributor to the AAPS Translational Sciences 101 eCourse. She is a long standing member of AAPS and ASCPT and has served on various committees for these organizations.